How and Why Constitutional Courts Come into Being

The Constitutional Court is a relatively recent institution. Nothing similar existed in the Italian State before the formal enactment of the Italian Constitution of 1948. In various other European countries, legal provision for similar institutions was made for the first time in the 1920s, based primarily on the theories of the renowned Austrian democratic jurist, Hans Kelsen. Apart from the Italian Constitution, after the Second World War, different forms of “constitutional courts” (or “tribunals” or “councils”) were provided for in the Constitutions of West Germany (1949), France (1958), Portugal (1974), Spain (1978), and Yugoslavia (1963). More recently, nearly all the new constitutions of the countries of Eastern Europe and the former Soviet Union have made provision for similar organs, as have other states outside Europe. Today, a means of guaranteeing the constitutionality of laws appears to exist, in various forms, in 192 of the 196 generally recognized countries of the world.
However, even if constitutional courts are relatively young institutions, the problems which led to their creation, and to which they try to provide answers, go back a long way.

The Omnipotence of Parliament?

According to the European constitutional tradition that developed primarily in Great Britain in the seventeenth and eighteenth centuries and in post-revolutionary France, state institutions are subject to the law, and an independent judiciary is empowered to resolve legal disputes by applying and enforcing the rule of law.
The norms embodied in the rule of law spring from rules articulated and applied by the judiciary, and from statutes enacted by bodies with legislative power, that is, parliaments elected by the citizens and therefore representative of the popular will. The role of the judiciary is not to create or amend statutes, but to apply them, and it is the role of constitutions to recognise and regulate this separation of powers.
In this tradition, the law typically expresses the supreme will of the authority of the State. Parliament enacts laws, exercising complete discretion in drafting them, and is therefore in a sense “omnipotent.” According to a famous comment, the British Parliament “can do anything but make a man a woman and a woman a man”. But are parliaments free to change a constitution? Many nineteenth-century constitutions were not explicit on this point; some later constitutions established special procedures for their amendment. The fact remained, however, that while acts of administrative authorities were subject to review by the judiciary, for compliance with statutes, no one (not even a judge) was authorized to review the statutes themselves – the highest expression of the “sovereignty” of the State – and to assess their conformity with the constitution.

In contrast with the European experience, the United States took a different path. The American Constitution establishes a balance between the powers of the federal government and those of the states, and does not contemplate the “omnipotence” of the legislature. The legislature is conceived as a “delegate” of the citizens and, as such, cannot act in contravention of the rights of those same citizens from whom it derives its powers. This constitutional doctrine was set out in The Federalist Papers, the first and most celebrated commentary on the American Constitution. As of the early nineteenth century, American courts were invested with the power to review the laws of the states and of the federal government, and to declare them void where they were deemed incompatible with the Constitution. This regarded all constitutional provisions, including those regarding the allocation of powers among the states and the federal government, as well as those protecting the rights of citizens against encroachment by the government, such as freedom from arbitrary arrest and freedom of speech, which were introduced in the Bill of Rights and other amendments to the U.S. Constitution.
In the famous case of Marbury v. Madison (1803), the Supreme Court held that the Constitution is itself a law, superior to other laws. Moreover, it stipulated that “ordinary” laws – that is, statutes enacted by the legislature – must respect the Constitution, unless they are void, and every judge has both the power and the duty not to apply them.

The European Experience: a Check on Parliament

In Europe the concept of the supremacy of the law, which was viewed as the expression of the State or popular sovereignty as represented by the Parliament (heir, in a certain sense, to the absolute sovereigns of the past, whose will was subject to no legal limitations), hindered acceptance of the notion that a body other than Parliament could review the laws and refuse to apply a legal provision on the grounds that it was contrary to the constitution. The twentieth century was a period shaken by wars and deeply marked by authoritarian political experiences and the repression of democratic institutions. In the wake of this experience, there emerged a growing awareness that safeguarding the basic rights established in constitutions and the constitutional balance of powers meant being able to exert control even over the highest expression of the will of representative organs, including parliaments, and thus on the laws themselves. It was generally believed, however, that the normal organs of the judiciary were not equipped to carry out this sort of control. Such organs are authorized to apply the laws, but not to judge them. This is because they consist of unelected career magistrates who are not in any way representative and who lack the necessary political sensitivity to carry out this task. Constitutional review of a statute is not the same as review, for example, of the legality of an act of executive power: many constitutional provisions are generic, and to apply a constitution is never merely a technical operation. On the other hand, constitutional review could not be entrusted to the same Parliament that enacts the statutes under review, because “the reviewed cannot review himself.”
Therefore it was decided that the solution would be to create a special tribunal or court, operating pursuant to judicial procedures, and made up of legal experts chosen specifically for this function, elected by Parliament or by other supreme State institutions for fixed tenures, not removable at will, and independent of the political branches. This institution was entrusted with reviewing the constitutionality of statutes and of voiding them if they were unconstitutional. In this way constitutional review was established–that is, a judicial rather than a political activity (given the character of the procedures used), and an activity designed to ensure the observance of constitutional provisions. Although not a political activity in the strict sense of the term, the exercise of constitutional review is an activity which works in proximity with, and interacts with, the supreme political institutions that exercise legislative power. 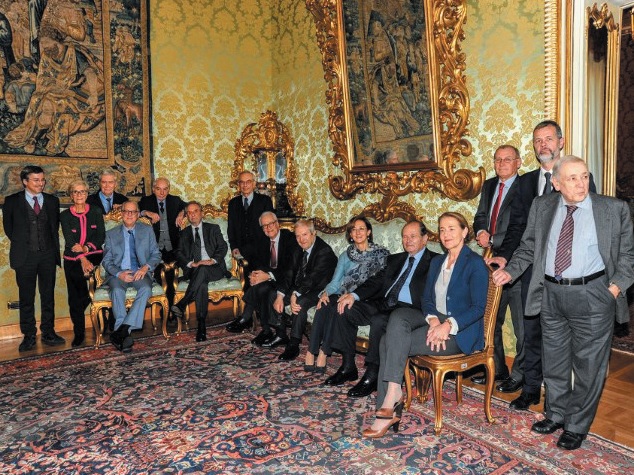 An Arbitrator of Constitutional Conflicts

In addition to acting as “judges of the laws,” constitutional courts are often called on to exercise other functions, generally associated with guaranteeing the observance of constitutional rules. These are primarily the functions of resolving controversies between the central State and federated States or territorial communities (e.g., the Regions), thus maintaining a balance between the center and periphery, and of resolving conflicts between different branches of the central State.
The Constitutional Court is also called on in cases where there is a need for an impartial organ to resolve questions for which ordinary courts are deemed insufficiently authoritative to pass judgement.
To sum up, in nearly all contemporary constitutional contexts it is generally recognized that, in the name of the constitution, there is a need for mechanisms of judicial review and impartial arbitration with respect to the supreme activities of the State and its institutions. In countries that have followed the American model, it is the ordinary supreme courts that have these powers, whereas in countries that have followed the European model (including Italy), it is the constitutional courts or tribunals. Supreme or constitutional courts therefore have the task of guaranteeing the observance of the constitution, independently and impartially.